First off, here is a Facebook post from Mike Rowe.  I am not political nor partisan.  I believe that we need both the right and left wings in healthy unison to fly.  I believe that ideologies constrain us and ideas free 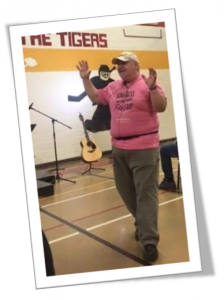 us.  And while I do not agree with everything that Mike Rowe speaks to, and I believe that it is is our duty to vote… he speaks powerfully to the twin responsibility of voting with wisdom and discernment.

Both are born of the Virtue of Independence; being you, with thoughtful and discerning purpose.

A couple of days back, we shared on LinkedIn, this post introducing a discussion of Independence.   At the end of said post, we suggested:

So, as we go into this week, ponder how Independence can empower the classroom, workplace or community. Throughout the week, we will explore same.

Independence is the Virtue of responsible and deliberate and discerning thought.  The Virtues Reflection Card noted in the LinkedIn post has a quote from Henry David Thoreau that speaks to this strength of character.

If a man does not keep pace with his companions, perhaps it is because he hears a different drummer. Let him step to the music which he hears, however measured or far away.
In reading these words, I do suggest that hearing that music implies listening and taking in.  It is neither near jerk nor mindless.  I believe it to be the source of great creativity as Sir Ken Robinson speaks to in his TED Talks.  Independence of thought though demands discernment and discernment demands responsibility.  Mindfulness and thoughtfulness are prerequisites for it.
So, how would that look in the classroom?  How would that be manifested by educators?  By students?  What would thinking for ourselves and living as ourselves look like in the classroom?  What levels of both responsibility, acceptance and tolerance would that demand?  As Mike Rowe seemingly puts it, independence places responsibility on acquiring wisdom.  Please note that this would not “impede our ability to work with others”. It can enable enable us to work with others, fully engaged as ourselves. What would trusting our decisions and judgement… with the response-ability to discern new wisdom and be prepared to accept it… look like?   What would this look like in the classroom?
How about our workplaces and businesses?  And our communities?  How can Independence be a strength for our teams and communities?  I believe that Vince Lombardi spoke eloquently to great teams and communities when he said:
Individual commitment to a group effort – that is what makes a team work, a company work, a society work, a civilization work.
Brilliant, in my humble opinion.  But, he does say “individual commitment” and that implies and requires independent thought, decision and action that leads to such commitment.  True commitment requires discernment and thoughtfulness and thinking things through.
So, I constructively, thoughtfully and responsibly challenge you to have this conversation in your classroom, workplace, business or community.  What would powerful Independence look like?  Tomorrow evening at 7:30 pm EST, on Facebook Live… we will be running another AFTER SCHOOL @ Barry Lewis Green.  We will be continuing the conversation on Independence as personal strength.  Hope you join us.

Barry is ultimately a vocalist, strength coach and educator. His work is about voicing, exploring,

identifying, practicing and mastering our strengths and building upon them through practical and powerful unity and resourcefulness. That is why Barry is The Unity Guy™. EPIC Engage™ is an extension of The Unity Guy™. The Epic work is all about building strong, united and inspired cultures lead by character… at school, work and community; where everyone matters and contributes everyday.

I invite you to consider this piece offering 7 perspectives on courage and developing that sense of Independence in ourselves.

And here is a re-offered and thought engaging post around independence and the future of work.

Our work is all about character. We work hard and joyfully to help build character driven, united and resourceful organizations and communities around the globe. As part of that work, we offer you …