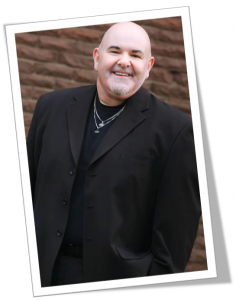 We have been looking at the virtue of Simplicity.  We did so by examining it as a strength and its application to engaging the age.  Now, I invite you to consider…

A master in the art of living draws no sharp distinction between his work and his play; his labor and his leisure; his mind and his body; his education and his recreation. He hardly knows which is which. He simply pursues his vision of excellence through whatever he is doing, and leaves others to determine whether he is working or playing. To himself, he always appears to be doing both. —  Lawrence Pearsall Jacks

Martha Beck has written that a career is actually our entire body of life work.  Richard Bolles has written that we can find our purpose in our members; finding those instances when we lose ourselves in what we are doing.  I take both to mean that finding our best purpose is through the virtue of simplicity.  When we look at our entire body of work and consider the common thread of everything that we have enjoyed and in which we have practiced excellence… we get closer to the simplicity of what LP Jacks speaks.

Common visions are simple and powerful; and they get results.

Consider this on Essentialism and executing the important stuff.  Consider essence, explore, eliminate and execute.  It is a direct application of the virtue of simplicity.  Indeed, in building our work, I first considered the wisdom of Beck and Bolles and more… and found that the common threads throughout my work over 3 decades focused on unity and character. And in looking back to childhood, my imagination and dreams were linked to these two ideas or forces.  My personal brand became The Unity Guy.  Our collective pursuit became the Epic Engage.  The former was a manifestation of unity, clearly.  The latter was and is a vehicle for character leadership.  Ultimately, I have long believed that strong (character based) and united cultures were powerfully resourceful and sought what I call joyful excellence … and were triumphant in some distinct and remarkable way.

In this search, and its meanderings, I essentially considered 5 elements.

I also, unconsciously and for the most part, employed the notions of essence, explore, eliminate and execute.  For the most part, but that work continues for me and us … as so it should.  For now, and for you… consider the 101 virtues noted here.

Review the video again.  Then walk yourself through the 5 elements noted above, for yourself, your team or your organization.

Simplicity is not simply a virtue.  It is a virtue; a strength of character… and it is a strategic strength and advantage.  Joe Calloway speaks and writes to this and I strongly suggest you access his wisdom and perspective; as I do the book Essentialism as well.

All that is to say that I invite you to take this exploration, no matter how close you think you are to your best purpose and path.  It is part of the work we do.  In doing so, we each might be surprised what new gems of wisdom arise.

Our work is all about character.  We work hard and joyfully to help build character driven, united and resourceful organizations and communities around the globe.  As part of that work, we offer you more posts here or in our LINKEDIN groups at:

… AND on You Tube…. we have a cool new promotion for subscribers too!!!